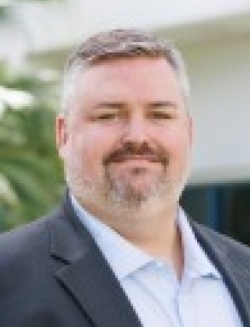 Joel currently serves as General Manager, Marine New Build Sales, leading the US Sales team in capturing new build opportunities with vessel owners, ship design companies, and shipyards. Joel joined Wärtsilä in June 2015 as the US Sales Manager for Oil & Gas, and later was named General Manager of Segment Sales – Offshore Drilling, where he focused his attention on leading the industry transformation towards a Smart Offshore Ecosystem. Just prior to taking on his current role, Joel served as the General Manager of Wärtsilä’s Global New Build Sales Program, leading global multi-functional teams on complex strategic new build projects in various marine applications. Including his time at Wärtsilä, Joel has served for over fifteen years in various Sales and Business Development capacities, focused on the global offshore Oil & Gas market, which have included expat assignments in Aberdeen Scotland and Dubai, while working for National Oilwell Varco. Prior to his time in the oilfield, Joel served as a personnel officer in the United States Air Force. Joel earned his Bachelor of Science in Social Sciences with a concentration in Management from the United States Air Force Academy in Colorado Springs, Colorado.

Viable pathways to decarbonization through electrification, hybridization and fuel strategies

Designing vessels today that consider the future is challenging but also a tremendous opportunity to leverage the most viable pathways to decarbonization. Commercialization of technologies and the availability of fuels today and in the future, along with the potential for electrification and hybridization of propulsion systems, mean that today’s vessels need to consider these future potentials and regulations. This presentation discusses how best to design a vessel that will be ready for the potential technologies and challenges of the future while designing a particularized and optimized solution today.