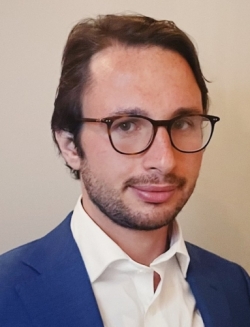 Andrew serves as legislative director to Congressman Alan Lowenthal. Congressman Lowenthal is the lead sponsor of the Clean Shipping Act of 2022. He serves as a senior member of the maritime subcommittee of the transportation and infrastructure committee and has represented California’s 47th district, including the Port of Long Beach, since January 2013. Andrew has worked for Congressman Lowenthal in a variety of roles since 2017. He currently coordinates transportation and maritime policy, and serves as the lead staffer for the Congressional Ports Caucus. He previously served as deputy west finance director for the Democratic Congressional Campaign Committee. A native of Rhode Island, he graduated from Brown University in 2014.